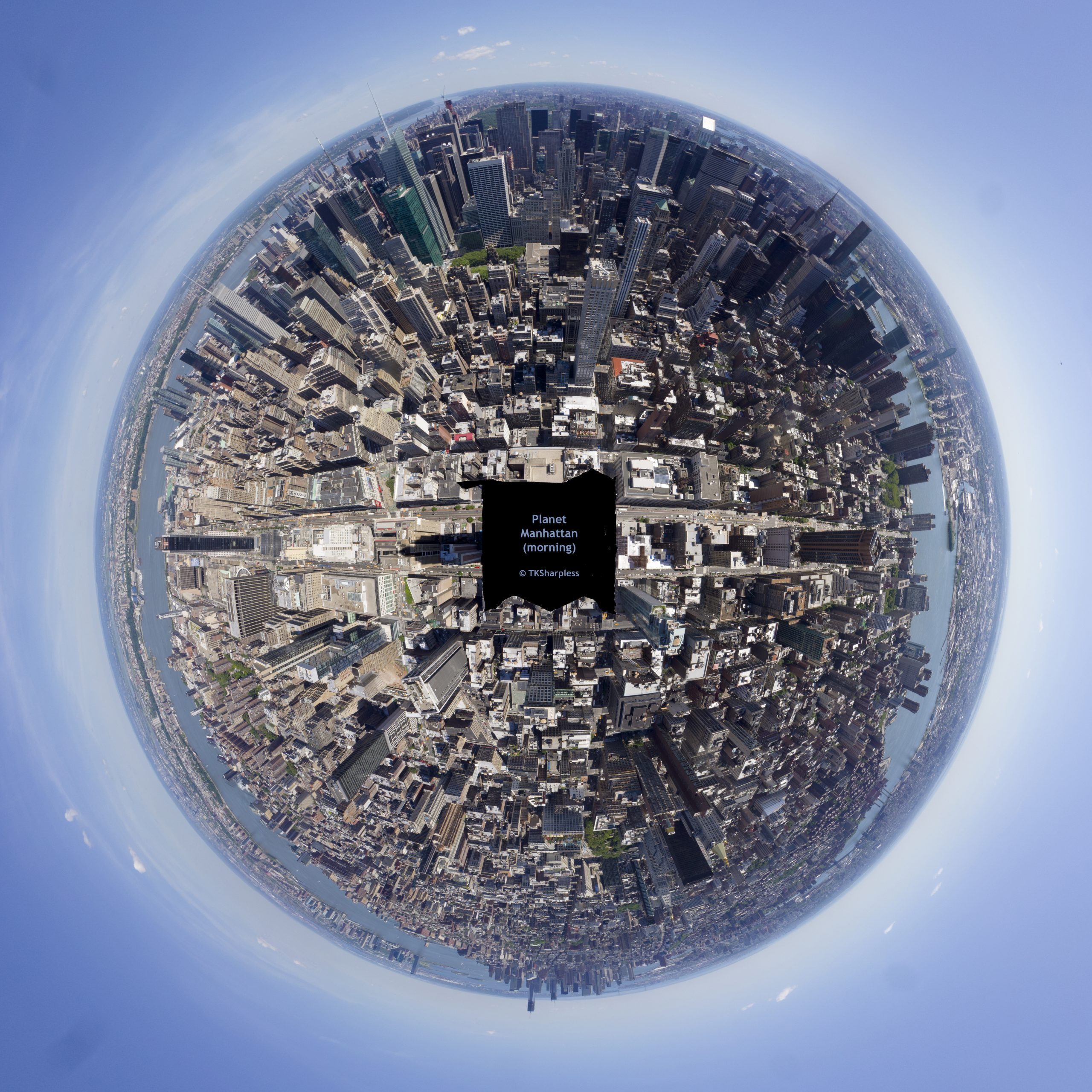 A fine example of the power of virtual photography is making a photo from an impossible point of view – or at least one not easily reached by the photographer. The classic form is what we in the trade call a “flying Willy”, in honor of Willy Kaemena, who taught many of us how to make simulated aerial views by shooting from the top of a tall building. The above image of New York City is a ‘little planet’ projection of a flying Willy taken from the Empire State Building. The spherical panorama below is one made in Philadelphia.

The apparent point of view is well above the top of City Hall Tower. The only thing that spoils the illusion is the fact that we ought to be able to look down and see the top of Billy Penn’s hat. But we can’t, because the photos were taken from the observation platform 8 meters below his feet.

The panorama does show the view almost straight down to the ground all around the tower. That would not be possible from where I took the photos. What I actually did was take 4 spherical panoramas by sticking a camera on a pole out the North, South, East and West windows of the observation deck. As you can see from the equirectangular maps below, each of those panoramas is half filled by an image of the platform itself.

I made the simulated overhead view by stitching together the outer hemispheres of those 4 panoramas. The result shows no trace of the observation deck or anything above it; it is almost as if the tower had been sawed off just below my feet. Of course in that area the images don’t come close to matching, so it is a bit of of a mess, but everything from the 4 bronze eagles on down looks quite believable (a few parts of the roofs had to be “creatively adjusted” in Photoshop).

This example is just a taste of what is possible with software capable of combining photos that were not all taken from a single point. That is true 3D stitching, much harder than what the original panorama stitchers were designed to do, but definitely doable given enough photos that overlap in the right ways.

For orientation, here are a view of the whole building, and a detail of the top of the tower. The round structure is the observation deck.